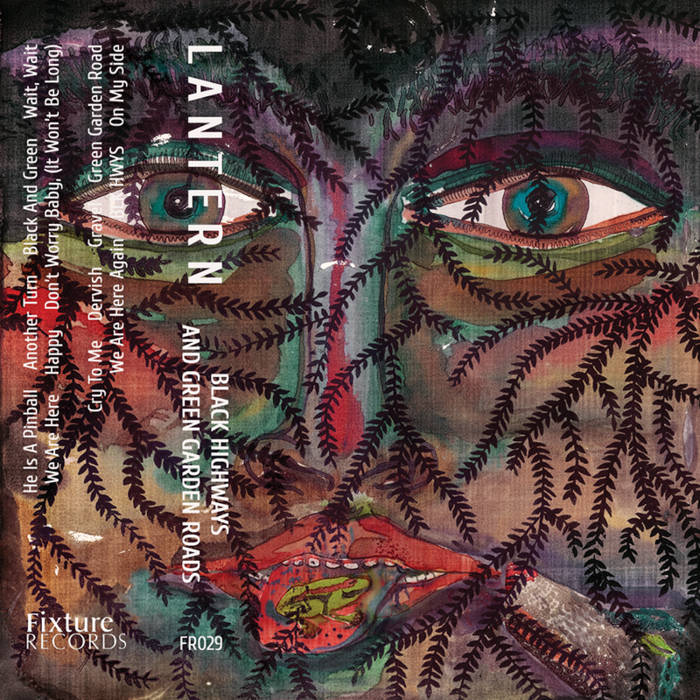 “Black Highways and Green Garden Roads" is Philadelphia rock 'n' roll trio Lantern's second full-length studio album. Taking ideas from the work of Hieronymus Bosch, Carl Sagan, and Mikhail Bulgakov, the new album is an exploration of the natural world and the cosmos, and a celebration of the wonderful, the serious, and the absurd. More so than previous recordings, it is a collaborative effort born of studio improvisation and collective experimentation. The resulting collection is a diverse and sophisticated 14-song program that balances concise pop and lush psychedelic rock with weirder, headier jams.

"Black Highways and Green Garden Roads" was released on February 19, 2016 on limited-edition cassette through Fixture Records and 12'' vinyl through Sophomore Lounge: sophomoreloungerecords.com/blackhighways.html

All songs written by Lantern, except "Cry To Me" by Bert Russell. All instruments played by Lantern. Additionally, Peter Woodford crafted tape loop on "Happy" and Caitlin Loney joined for outro choral vocals on "On My Side". Sound library tapes in "Happy" courtesy of the estate of Charles Gagnon.

Produced by Lantern. Engineered by Peter Woodford. Recorded at The Bottle Garden in Montreal, QC 2013-14. Mastered by Richard White at Breakglass Studios in Montreal, QC.